The global chain supply chaos will continue. Here’s how to avoid it.

Amazon retailers and online sellers are facing a tough road ahead: shipping delays, stock shortage and a steep rise in shipping costs.

Till recently, shipping goods was relatively stable and predictable. Now, as we find ourselves thrust into the “post Covid-19 era,” the global chain supply is spinning out of control.

Since the pandemic, online shopping has been skyrocketing. Demand is so high that shippers are collapsing under the pressure and commerce sellers are left with little to no inventory.

According to retailers, government officials and other experts, the problem will continue to create an array of headaches well into 2023.

Most large national retailers such as Amazon and Walmart can ride this tidal wave triumphantly. They have robust logistical infrastructures and a host of steady customers, so for them success is practically assured.

Even though the supply chain situation looks bleak, especially for small and medium businesses, there are ways to survive this crisis without leaving your warehouses - and pockets - empty.

Even though the supply chain situation looks bleak, especially for small businesses, there are ways to survive this crisis without leaving your warehouses – and pockets – empty.

So what brought us here?

If we boil it down – three main interconnected circumstances:

1. THE PANDEMIC THAT STOLE CHRISTMAS

E-commerce is becoming an everyday way of life. Since the Covid-19 pandemic, online spending has spiked by over 30% with delivery volumes growing fast. Even now, as life slowly gets back to normal, the trajectory of online demand is still rising. In 2020, Amazon marketplace saw a 60% annual increase in sales by third party sellers. The e-commerce boom was just getting started. 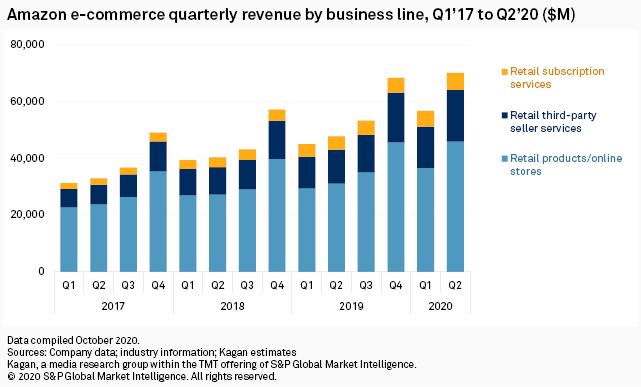 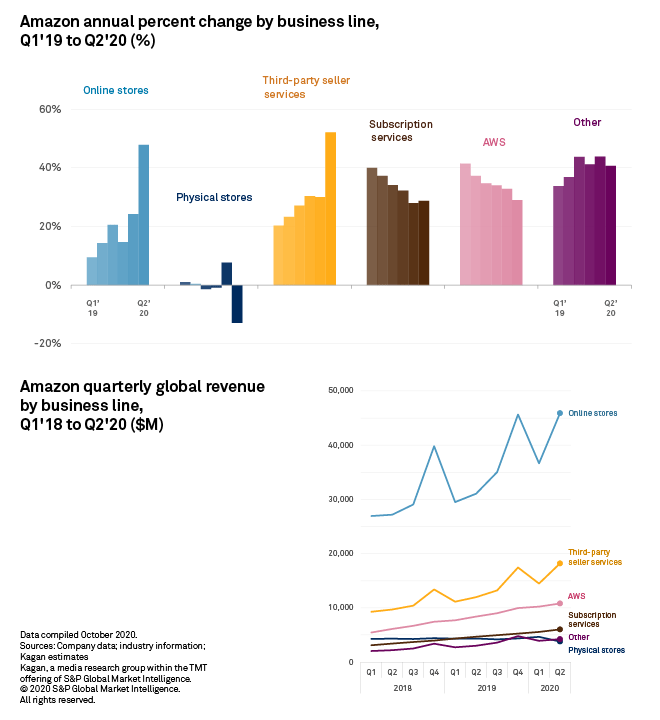 The economies in North America, Latin America, Europe and Asia finally rebound from the crises brought on by the pandemic with a shipping volumes increase of almost 10%. However this increase in sales caused manufacturing bottlenecks, backed up ships outside ports around the world which resulted in an alarming shortage of truck drivers who were desperately needed to move the goods from the ports to stores, warehouses and customers.

Shipping companies and harbor workers who were found positive to Covid-19, caused major shutdowns in ports around the world.

This new era calls for restrategizing. Companies are shifting their operations to meet new and tough demands. Stockpiling, for instance, has become one of the main solutions.

China has a “zero tolerance” policy toward Covid-19 and its subsequent variants. The Ministry of Transportation made it mandatory for all crews to have health certificates or negative tests before allowing them to load and unload cargo. All foreign vessels are ordered to follow suit.

In August 2021, Ningbo-Zhoushan port, located on the coast of the East China sea, closed down its Meishan terminal because one of its workers was found positive with the Delta variant. Being that Ningbo is the third most busiest port in the world (after Shanghai and Singapore,) and accounts for about 25% of container cargo through the port, shutting down for two weeks meant a severe impact on cargo handling and shipping.

According to Reuters, more than 50 container ships were piling up at Ningbo, causing major shipping companies such as CMA CGM (fourteen vessels), Maersk (five vessels) and Hapag Lloyd (four vessels) to skip Ningbo and find alternatives. Dozens more had to adjust their schedules.

Earlier that year, Yantian Port in Shenzhen, southern China, one  of the busiest ports in the world, stopped accepting containers for export after an outbreak of Covid-19 among port staff and in the broader community. Patrik Berglund, Chief Executive of Xeneta, an ocean freight rate benchmarking firm headquartered in Oslo, reported that the impact of the Yantian shutdown was even worse than the Suez Canal case.

2. DELAYS AT SEA! THE NEW KRAKEN

In the past two years, 70% of ships arrived on time. According to The Washington Post and an analysis by Denmark-based Sea-Intelligence ApS, as of March 2021, only 40% of the containers arrived on time, with average delays stretching to over six days. Some products were taking over 100 days to manufacture and over 70 days to ship: 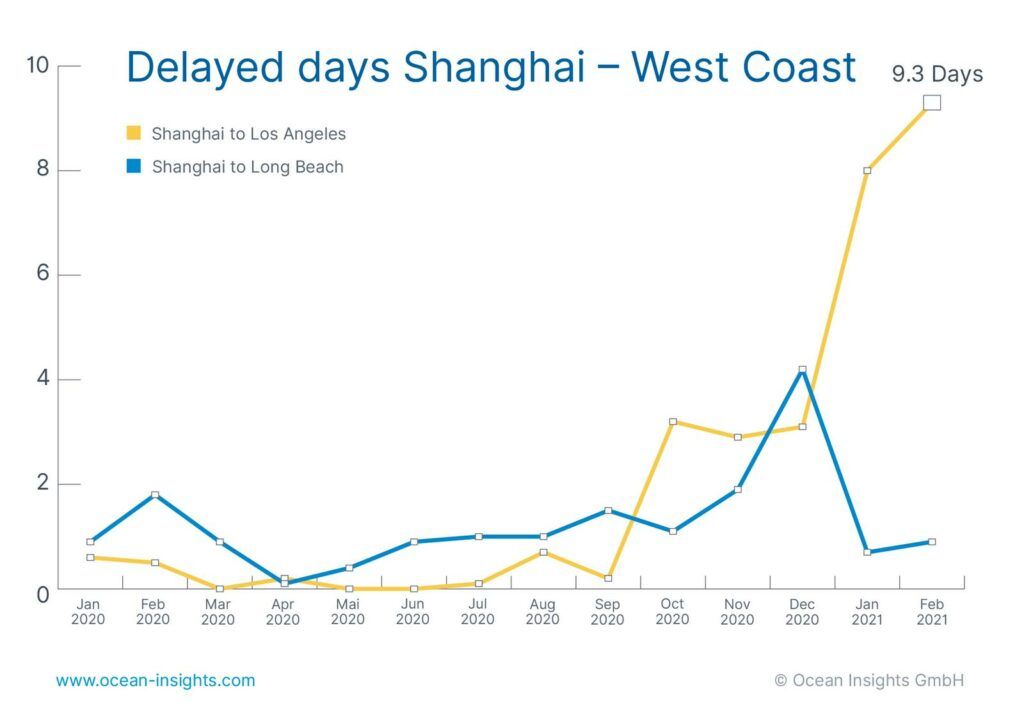 Businesses trying to restock are dealt with the blow of no ground support for this growth: vessels are at full capacity and there is a growing shortage of sea containers which has led to a sharp rise in shipping costs, as container freight rates rise at an historical pace. 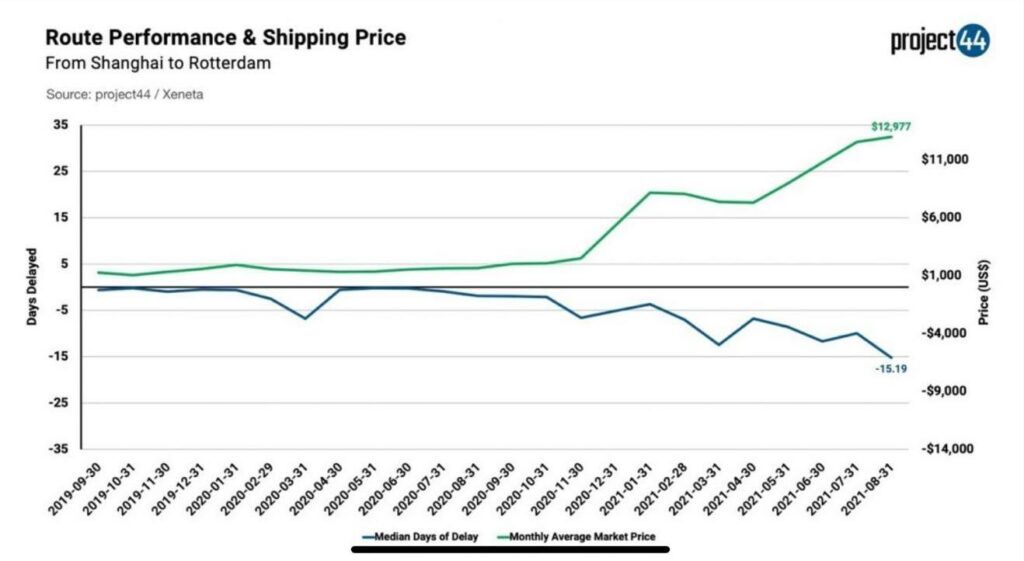 Companies are trying to restock their inventories, but these delays are creating unfathomable setbacks. One of the key reasons for these delays is the Los Angeles and Long Beach ports, the main U.S trade gateways and the entry points for 40% of US imports, who were both facing traffic rates never seen before.

Adding bad weather to this already entangled scenario, made the problem two-fold as rain, snow and bitter cold caused roadblocks and closed ports, both air and sea. Just to understand the scope:

The United States Postal Services (USPS) has more than 31,000 retail locations within the US, and an estimated 700 million pieces of packages to be delivered daily .Many eCommerce retailers rely on it as cost-effective shipping solutions to their customers.

But the USPS delivery tracks are rendered immobile due to bad weather, natural disasters or events such as floods and storms. When bad weather hits, the domino effect is two fold.

Shortages in the semiconductor industry are now particularly acute. Covid-19 created a major obstacle in manufacturing while China was stocking up before the implementation of US trade restrictions. At the same time, severe weather left Texas without electricity, a drought overtook Taiwan, and a fire ravaged a Japanese chips plant. This accumulation of severe events created the chip shortages and forced car-makers and many electronic companies to delay deliveries.

The Ever Given vessel, which was horizontally stuck in the Suez canal, a major route of global chain supply, “dammed up worldwide shipping and froze nearly $10 billion in trade a day.”  And while “for the internet, it was a bottomless amusing spectacle. For global shipping, it was a worst-nightmare lesson …and… a wake-up call” for the shipping industry.

Delays in the docks, rail yards and truck terminals left large companies, auto manufacturers and Amazon sellers in a difficult situation: not only were they short on supplies, but they were also forced to pay exorbitant fees to ship their goods.

3. THE MADNESS OF HIGH COSTS

Delays in the docks, rail yards and truck terminals left the large companies, auto manufacturers and Amazon sellers in a difficult situation: not only were they short on supplies, but they were also forced to pay exorbitant fees to ship their goods. A shipment that would usually cost $3000 jumped to a staggering $25,000. 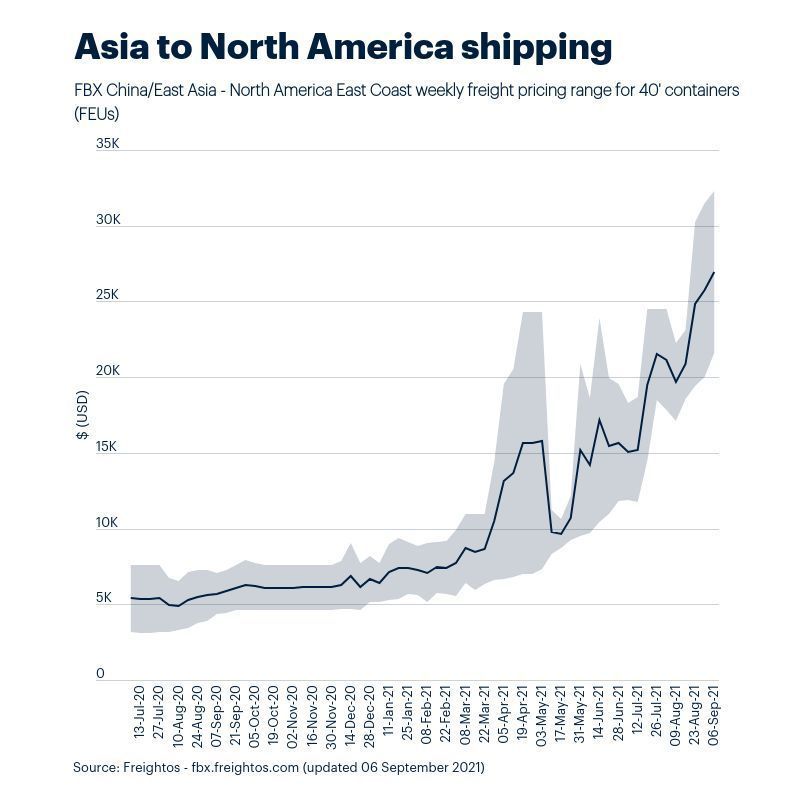 These rising rates have been a great benefit to the ocean carriers. Maersk, reported $5.9 billion (before taxes and interest) in sales: $16.6 in the third quarter – their best quarter since 1904.

The pandemic taught companies a vital lesson in how to deal with a huge influx of orders in the future. It is not widely known that Amazon hires cargo ships for some of their sellers. They have been doing this for a while, and their shipping services cost significantly less than other solutions available.

4 TIPS ON HOW TO KEEP YOUR INVENTORIES CONSTANTLY STOCKED

There’s an antidote for this ever-growing problem and ways to prevent e-commerce delays. A new era calls for restrategizing.

Companies are shifting their operations to meet new and tough demands.  Stockpiling, for instance, has become the main preventative in dealing with the chaotic global chain supply.

Empty shelves during the pandemic served as a wake-up call for businesses to carry more safety stock. Amazon and Walmart survived the snakes and ladders of global supply hurdles by stocking up, and stocking up big. Businesses big and small are following suit to keep trade flowing.

Kasper Rorsted, CEO of Adidas, knew that the sportsgear company was unable to fully meet the “strong demand” for their products in the second half of the year due to the shutdowns, even though the company moved production from the Far East to closer regions. Gearing up on inventory was what finally solved the problem and bypassed the chain supply entanglements.

Hasbro, makers of Monopoly and My Little Pony, increased the number of ocean carriers they worked with, and took advantage of more ports to make deliveries that came in faster and sourced more products ahead of time from multiple countries.

In the past, industries crunched their numbers to find the best way to cut costs. Their main solution? Lowering inventory levels.

Nowadays the solution has gone 180 degrees to the other side: too low inventory means losing sales and leaving your consumers with the disheartening “out of stock” sign popping up under the item they want to purchase.

The high seas, now slow and expensive, are pushing businesses to use airfreight.

Air cargo used to be 12 times more expensive than sea freight before the chaos began but in May 2021, it was only 6 times the cost. 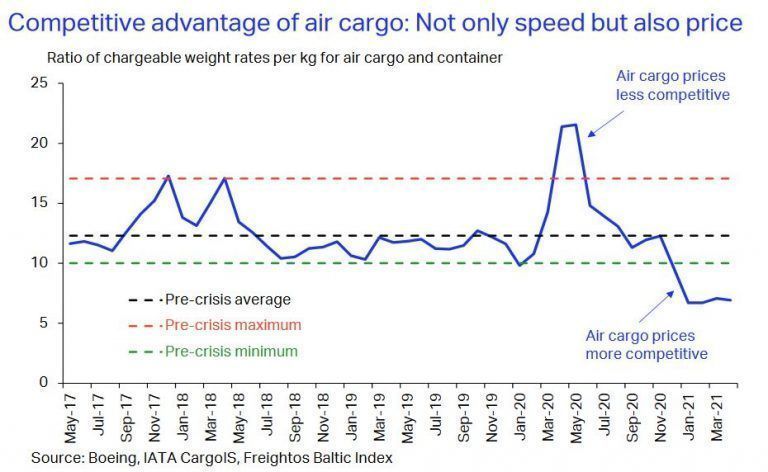 ​​However, market data provider Freightos reports that air cargo rates from Asia to the US started climbing up again. The reason? The spike in ocean rates. Though air rates went down, they remain extremely elevated at 8 to 9 times the pre-pandemic norm.

But, as Freightos lead researcher Judah Levine reports, customers would rather suffer financial loss than have empty warehouses and inventories. It is important for companies to build customer loyalty as their competitors lose their business by being sold out with no freight in sight.

Streamline your company’s readiness, from raw materials all the way to delivering the requested product to the customer.

This is easier to achieve in small companies that are not bogged down by bureaucracy and processes.

Covid-19 and the global product disarray that it caused will be temporary. But we have entered a renaissance: a moment that will permanently change the reality of shopping and shipping.

Ready to increase your profits?

Make sure to stay updated on all things eCommerce-insurance related. Subscribe below. 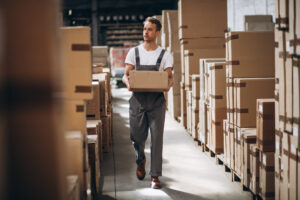 5 tips for selling on Amazon in Q1 

How To Manage Your eCommerce Cash Flow 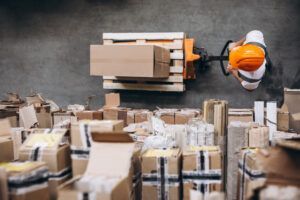