Why sellers must comply with Amazon’s liability insurance requirements

Beginning September 1, 2021, Amazon announced a new policy requiring sellers, who have made at least $10k in sales for any given month, to carry product liability insurance. Although this is not the first time that Amazon requires sellers to start carrying liability insurance, everyone agrees that this time things are going to be different. To understand why this is different we have to look back at the process that led to the recent announcement.

In the past Amazon required merchants to purchase liability insurance only if they have reached over $10K in sales during three consecutive months. However, even those who have reached this threshold (over $10k in three consecutive months) were usually not aware of this requirement simply because Amazon did not enforce it. But things have changed since then because recently courts have started to declare that Amazon could be liable for damages caused by products sold on its platform. With two million vendors and sellers currently operating on its massive platform, if Amazon were to be found liable for every product sold on its platform, it would become a big problem for Amazon. To address this issue Amazon decided to push sellers into buying liability insurance and adding Amazon to it. They publish new requirements for the liability insurance, while urging the sellers to do it through a series of emails, reminders, and deadlines. As we will see below, to entice sellers to take it seriously this time, Amazon also added a “carrot” signalling that they will participate in the process and take on some of the burden in handling customer complaints and legal claims.

Save Time. Save Money. Protect Your Business.

Amazon’s Insurance Requirements page states that the criteria your insurance policy must meet:

The signed policy must be submitted to Amazon. We will provide more details on how to submit it properly in a future post.

*Get a quote for your general liability insurance

It is very clear what Amazon has to gain by adding its name to all the insurance policies of the various vendors, but what do the vendors gain by it? Well the first incentive that is clearly stated is that Amazon will resolve and pay for valid property damage and personal injury claims against sellers under $1,000 as a concession to customers. According to Amazon, these claims account for more than 80% of cases in Amazon’s store, and Amazon will bear these costs and not seek reimbursement from sellers who abide by their policies and hold valid insurance.

Providing a “door to knock on”

But more importantly, is the assurance and convenience that Amazon is providing to their customers through its A-to-z Claims Process for Property Damage and Personal Injury program. According to this program, once a consumer files a claim, Amazon will work with the customer directly or through Amazon’s external claims administrator to collect information, investigate the claim, and attempt to facilitate a resolution with the customer, and if necessary, their selling partner and their insurance providers. This offers a “door to knock on” if something goes wrong, which is extremely valuable, especially in global trade, where it can be extremely difficult to find a responsible party. This creates an enormous advantage for Amazon and its sellers (those that are covered by insurance).

Save Time. Save Money. Protect Your Business.

Amazon’s new requirement can come as a shock to the small sellers, but on the other hand their (and Amazon’s) liability is not related to their monthly sales revenue. A single bad product can cause much greater harm. Plus if you factor-in the fact that this will generate more consumer confidence, it’s a win-win for everyone involved. 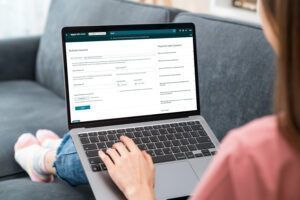 How to upload your certificate of insurance (COI) to Amazon 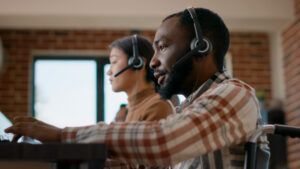 How to contact Amazon Seller Central Support – and actually get answers 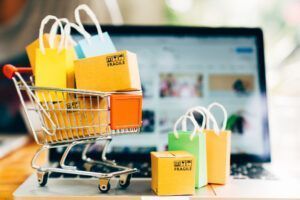 Amazon Prime Day! How can online sellers make the most of it?